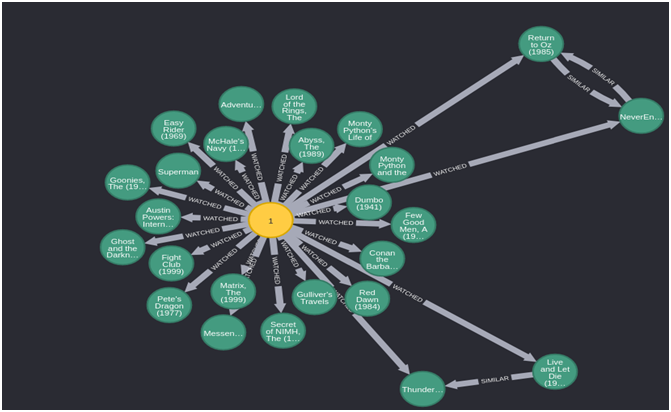 What is a recommendation system?

Typically, a recommendation engine processes data through the following steps-

In this blog, we’re going to discuss a graph-based recommendation engine

In general recommendation systems work offline. A process passes each user’s history to a set of algos and generates recommendations once in a while as per business use case.

To understand the drawback of such a process, suppose a user searched for action movies and watched, so typical offline systems recommend action movies when he will come next time. In this case, the system knows what a user is watched but not what he is about to watch and it can’t accommodate this new knowledge.

As a result, its subsequent results will not be interesting and the user is going to ignore them.

A graph database is a database designed to treat the relationships between data as equally important to the data itself. It is intended to hold data without constricting it to a pre-defined model.

Relationships can also be modeled by relational databases; but to traverse those relationships, we need to write SQL queries that JOIN tables together. The joining process is computationally expensive and becomes slower as the number of joins increases, which makes real-time analysis impractical in production.

The graph database that we used is Neo4j. Neo4j is a native graph database platform, built from the ground up to leverage not only data but also data relationships. Neo4j connects data as it’s stored, enabling queries never before imagined, at speeds never thought possible.

Since relationships are made explicit by the edge elements, traversing the graph is both simple and inexpensive. As a result, relationship-based queries in real-time can be easily performed, we can quickly capture any new movies searched by users and interests shown in their current online visit, both of which are essential for making real-time recommendations.

Nodes are the entities in the graph. They can hold any number of attributes (key-value pairs) called properties.

The data used is coming from various open sources consists of millions of users and movies, shows, etc.

Based on movie/shows name external APIs have been used to collect data related to movies/shows like IMDB ratings, directors, writers, producers to enrich the data.

In this section, we will generate recommendations from Neo4j using Cypher query language which is a declarative graph query language that allows for expressive and efficient querying and updating of a property graph. Further details about

First, just quickly explore how the database schema looks like in Neo4j.

In the above graph, we can see how we easily it is to query movies watched by a user. Along with movies, we can also see that similar movies which are watched by a user can be fetched. So, we can see graph database is capable of storing such type of relationships which makes easy to make real-time recommendations.

This is not a schema or ER diagram but represents actual movies watched by a user.

Recommendation based on Similar users

Some other ways to design a recommendation system-

Similarly, we can use graph-databases in various use cases like fraud detection, feature engineering, link prediction etc. 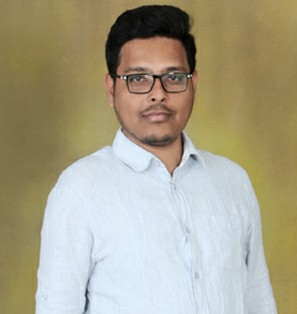